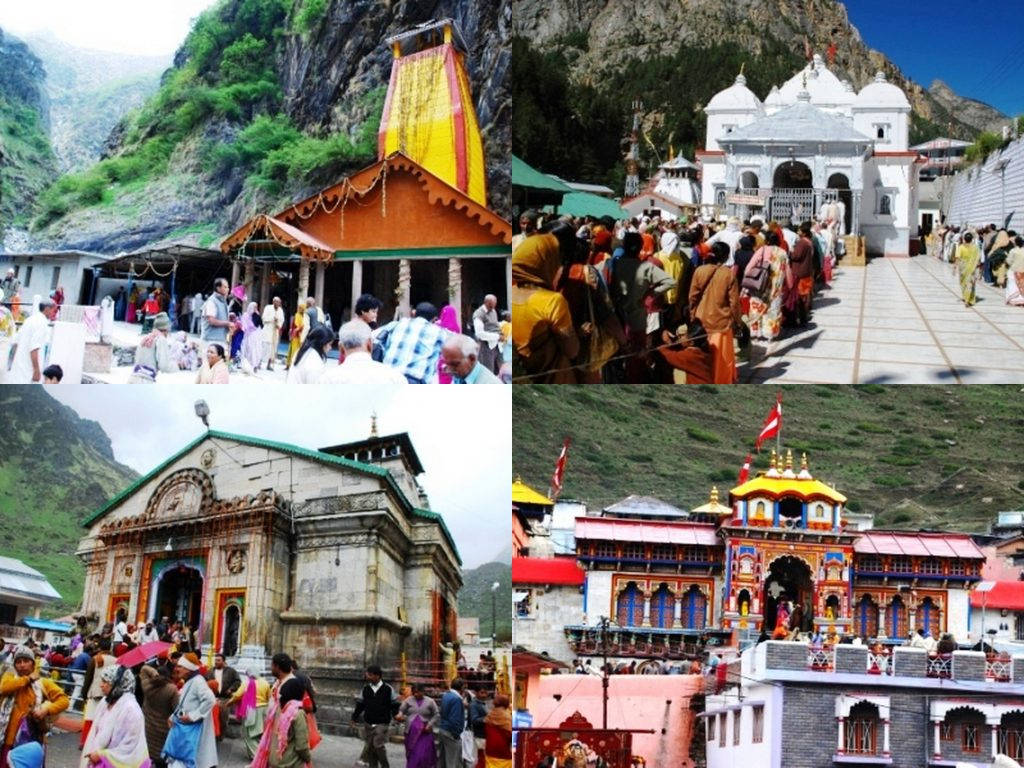 In the Asian continent, the Char Dham pilgrimage is considered auspicious and fruitful. The tradition of going on this pilgrimage goes back thousands of years to the Pauranic era.

According to ancient texts written by the Rishis, before embarking on the pilgrimage, the pilgrim should cleanse their thoughts and body to be able to get the divine blessings from the Sampadan-Kampan-Sudamtam Nad. But remember that the Char Dham Yatra is not an ordinary tourists’ outing. It is not a travel but an extraordinary occasion for which a clean mind and body is a compulsory prerequisite.

The great Sanskrit scholar Dr Sampoornanand, researcher of the Rigvedic era Dr Ramvilas Sharma (author of “Rigved and Asia” book), Rigveda commentator Shri T.V.Kapaleshwar Shastri and other great scholars agree that Brahmavrat was the place where the Vedas were written. It is the area that includes the Himalayas and Kailas. The sacred great mountain of Meru has been a magnet and a holy place not only for the Sanatan Bhagwat Dharma but also Bhagwan Amitabh Buddh that is to say Buddhism, Jain Shasta Bhagwan Shri Adinath, China’s Tao, Japan’s Shinto and etc. Christian and other religious leaders also came to Meru. Pilgrims from the Russian Siberia, Mongolia, China, Japan, Cambodia, Vietnam, Malaysia, Thailand, Java-Sumatra, Burma, Sri Lanka, Afghanistan, Faras (Iran), Egypt, Turkey, Greece have been drawn to Meru like a magnet.

The divine land of the Himalayas has been the mythical centre of the world-wide ‘Secret Brahma Samaj’. Descriptions of the secret sect’s mysterious ashrams take one to Kailas from Char Dham. Mysterious centres in Egypt are linked to the Himalayas. Bishop Charles W. Leadbeater says that the Free Masons, the community of the secret Brahmavidya had arrived in Egypt from India. The Indians married into the family of the ruling Pharos and later became rulers. Free Masons also sought shelter in the Himalayas. The atmosphere of the divine land Uttarakhand is a blessing for physical and spiritual health.

Hardwar or Haridwar is the Singhdwar of Uttrakhand. Hardwar means the main door leading to the road to Maharudra. According to Pauranic narratives, Shri Dakshraj Prajapati, father in law of Shri Maharudra held his Mahayagya in the Hardwar area. According to spiritual discourses, there is Amrit in the water at the Har ki Pauri on the banks of the sacred Ganga, descending from the universe to the earth. Pauranic books have Maharudra Mahadev Shiv has been called Rishikesh. It means that the whole is like the matted hair of Mahadev. Rishikesh is also believed to be Neelkant where after the churning of the seas Kalkoot Vishpan took place. For the followers of Bhaktiyog and Adhyatam, Rishkesh near Hardwar has been the place for their Sadhana. Rishikesh is the point from where begins the sacred journey of Shri Yamunetri Ji, Shri Gangotri Ji, Shri Kedarnath Ji, Shri Badrinath Ji and the Mahateerth of Shri Kailas-Mansarovar.

From the Vedic era, Rishis and Maharishis have regarded Rishikesh as the holy centre for physical and spiritual Sadhana. Experts on the Vedas and spiritualism have held that before embarking on the Char Dham journey and the pilgrimage to Kailas, it is necessary to have a clean mind and thoughts. The pilgrim should have an energetic and healthy body and mind to complete the pilgrimage. Maximum energy is required at the Char Dhams situated at the peaks of the Himalayas. To store the necessary energy, the pilgrim resorts to Ayurvedic Panchkarma etc. Introduction to the medicinal benefits of vegetation on the earth is provided by Rigveda. The medicinal knowledge of Rigveda is hidden in mysterious, enigmatic and sound-based secret words. Currently, the juice of the Yuner tree at the peaks of Char Dham mountains is proving to be beneficial in curing the deadly disease cancer. In the heights near the Char Dham are found all vegetation that help fight various diseases.

It should be possible to conduct research at Rishkesh-Hardwar on the various benefits of treating various ailments of the body by the life-giving Ayurveda method prevalent since the Vedic era. Ayurveda has been regarded as the fifth Veda in India. The herbs and plants used in the Ayurveda are capable of treating body ailments in a short time. According to the Ramayana, when Lakshman, incarnation of Bhagwan Sheshnag, became unconscious, Shri Hanuman, Anshavatar of Shri Maharudra, performed a miracle by fetching Sanjivini from the Himalayas. Efforts to find the Sanjivini have been going on in the Himalayas for centuries. But it remains a mystery.

Originating from the Himalayan peaks, godly river Devi Ganga takes the form of a swiftly flowing river at Rishikesh. In the midst of the Divya Spandan-Tarang-Nad, positive energy at Rishikesh it will be a welcome step to open centres for the Ayurvedic treatment, prevalent since the mid Vedic era, for the ordinary pilgrims. It is necessary to recall that four decades ago the All India Medical Institute, in deference to the importance of Ayurveda, had taken an initiative in this direction. But it is unfortunate that in the wake of economic reforms and the wave of liberalism it was pushed into the background. But at a time of climate change Ayurveda has once again come to the centre stage. The Ayurveda Bhavan in Ganga Vatika II at Rishikesh is a positive first step in this direction. Some highly-experienced Ayurveda practitioners and an 80-year-old Ayurveda Vaidh have become partners in this effort.